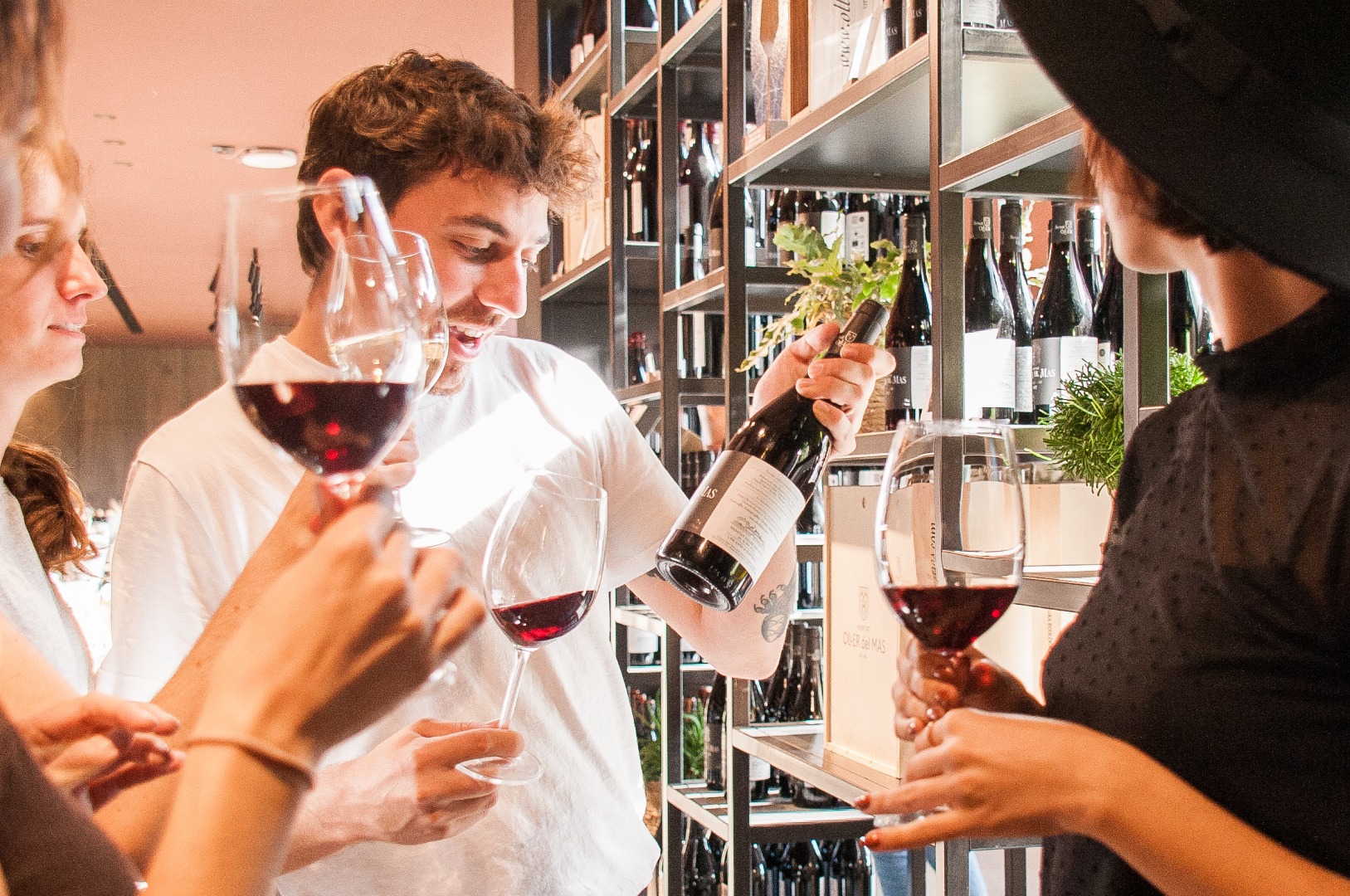 Vermouth. A simple word with many sides to it. For Anglo-Saxons it is a mere mixer, a sidekick to stronger spirits. For Spaniards it is also a time of the day (“la hora del vermú”), when we stop whatever we are doing (or pretending to be doing) to have a snack and a glass of, well, vermouth. It is a time to socialize, have a drink and solve the problems of the Middle East (the United Nations would solve all the conflicts in the world if they assembled in a bar).

So, if you want to indulge in this the most of Spanish traditions, follow me, for I will take you to the temples of fortified wines and anchovies of this city.

You cannot go wrong: this one has vermut on the name. They must be doing something right when they have been able to open two more venues IN THE SAME STREET. This shows just how good their vermouth is and how little we like to walk in Spain.

Of the three, you want to head for the original, which happens to be the smallest. Pretty much a hole in the wall, it has a maximum capacity of 18 people and nowhere to sit. But what it lacks in space and comfort, it compensates with authenticity and charm. This is not a “made-for-hipsters” fake-old vermutería. This is the real deal.

In the heart of the district of Born, Bormuth is deceptively big. The first impression as you walk in is that of a small, cramped place. But press on and you will see that little staircases take you to hidden corners covered in unpolished wood. Perfect for a discreet first tinder date (or second, third… who am I to judge?).

Recommended Tapa: “Patatas Mojo Picón”. It is a take on the ubiquitous patatas bravas, using the traditional sauce from the Canary Islands.

You can say many things about Catalan people, but that they are very imaginative when naming things is not one of them. Run by the Quimet family, the venue is very similar in terms of size to La Cala del Vermut, although this one has at least a couple of tables (high tables with nowhere to seat, mind you). But don’t get your hopes too high: the place is extremely popular and if you do not show up early you might even have to wait outside for a shot at the counter, let alone a table. But no matter what, you can trust the Quimet family: four generations must mean they are doing things right.

Recommended Tapa: Be daring and order some of the most unusual tapas such as the loquat with anchovy or salmon with yoghurt and truffle honey.

You cannot call yourself a true Barcelonian if you have not eaten a “bomba” (bomb). Minced meat hidden in a ball of mashed potato that it is then deep fried and covered in hot sauce (yes, this would be an aperitif before the main meal)

And if you can, you should go straight to the source. La Cova Fumada is where it all began, where the dish was created in 1955; the restaurant where the “bomba” to rule all “bombas” was forged; the stuff of legends. And considering how hot their sauce is, you will probably need a couple of vermouths to wash it down.

Recommended Tapa: the salad... just kidding, get the bombas.

If La Cova Fumada or Quimet I Quimet are the granddaddies of vermouth in the city, Morro Fi is the cool and hipster grandson. It has been open for less than six years, but such was the success that they already have three other venues (Mitja Vida, Dalt De Tot and Morro Fi l’illa Diagonal). The concept is simple: few options but excellent quality. A reduced menu and their own homemade vermouth in a tiny space with no seating that invites you to a quick bite before you move on to a proper lunch.

Recommended Tapa: special mention to the potatoes with paprika. They are too cool to call them patatas bravas.

I could mention the name of Ferra Adrià and call it a day, I guess. Drop the proverbial mike. If you don`t know him, he’s the one to thank for (or blame) next time you go to a fancy restaurant and they serve you a dish straight out of an episode of Star Trek. Bodega 1900 is a return to the roots (or his way to apologize for what he has done to modern cuisine) with a traditional vermutería from the beginning of the 20th century.

Recommended Tapa: the “spherification of olives” is the clear show-stealer here. If you do not feel very daring, go with the tuna ventresca confit with Catalan sauce.